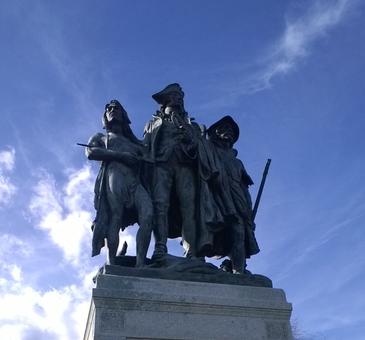 "Wayne knew he could not fail. He must win whatever battle came his way and so he must wrap his swollen legs and arms in flannel, pack up his best brandy and Madeira and his writing table, and head west to Ohio ... absolutely certain that he would not come back from this last campaign for the nation and commander he loved alive ."

and the Battle for America reveals the real person behind the legend of “Mad” Anthony. Her compelling narrative, based on Wayne's own passionate letters, brings Wayne to life by breaking with the traditional cradle-to-grave format. Unlikely General follows Wayne along two timelines: the first, from the moment he is appointed Commander in Chief of the Legion of the United States in 1792 to his great victory at the Battle of Fallen Timbers two years later and finally to his death in 1796 when his shattered body gave way at last to all the hardships he had endured while fighting for his country; and the second, in flashbacks to Wayne’s past which reveal how this privileged young colonist gave up everything that mattered to help create and defend the United States of America.